With a lithograph by Ed Ruscha recently selling for $170,000, and hundreds of lithography workshops dotting the map today, it is difficult to imagine a time when lithography was on the brink of extinction in the United States. For the past fifty years, Tamarind has focused completely on breathing life into this once-underappreciated art form. From Josef Albers and Philip Guston in the 1960s to Ed Ruscha and Kiki Smith in recent decades, contemporary artists have teamed up with professional printmakers at Tamarind to create an archive of exceptional lithographs.

In 1960, in an effort to generate interest in lithography and make it accessible to artists, June Wayne founded Tamarind Lithography Workshop, Inc. Fifty years and many thousands of prints later, Tamarind showcased the broad aesthetic capabilities of lithography in the exhibit Tamarind Touchstones: Fabulous at Fifty, which opened September 10. 2010 in the Clinton Adams Gallery at the University of New Mexico Art Museum. The catalogue highlights the eighty-one lithographs in the exhibition, reproduced in full color, and includes glimpses into the recent activities of Tamarind, the psyche of the professional printmaker, and the curatorial perspective that guided the selection for this National Endowment for the Arts-funded traveling exhibition. A second exhibit, Legacies in Lithography, honoring five artists--Ed Ruscha, Jim Dine, June Wayne, Clinton Adams and Garo Antreasian--for their outstanding contributions to the art of lithography, opened in the Tamarind gallery on September 10, 2010.

In conjunction with the opening of these two exhibits, the artists were featured in Fabulous at Fifty Symposium and Birthday Bash  September 10-12. During the symposium, Ed Ruscha was interviewed by Dave Hickey, and Jim Dine by Ruth Fine, Curator of Contemporary Projects at the National Gallery in D.C.  Tamarind’s founder, June Wayne, and first technical director and master printer, Garo Antreasian, shared moving accounts of their histories, and an international panel of Tamarind-trained printers spoke about the workshops they have established in South Africa, Finland, Germany, and Mexico.

Although Tamarind’s original mission was to revitalize lithography in the United States, today Tamarind’s impact is much broader.  In celebration of Tamarind’s 50 years, several exhibits were scheduled beyond the United States’ borders. One such exhibit, Tamarind Institute: 50 años de celebración, a show consisting of eighty-eight lithographs created at Tamarind, were on exhibit June 17-October 31, 2010 at the Museo de la Estampa, National Museum Foundation in Mexico City.  On the other side of the world, Tanzania, will host a separate exhibit focused on Tamarind’s role in fine art lithography.

With its trademark passion, Tamarind enters the next fifty years committed to its original goals to invigorate and fortify lithography and to expand its reach throughout the world. In July, 2010, Tamarind cut the ribbon on its new 14,000 square-foot, $4.9M new home.  This move to a prominent location across from the University of New Mexico at the center of Albuquerque’s cultural corridor is important to Tamarind’s future as it will provide increased visibility within the community, additional space for educational programs and the gallery, and state-of-the-art health and safety equipment. The new gallery, with proper climate control and additional space, allows Tamarind to plan more extensive exhibitions. 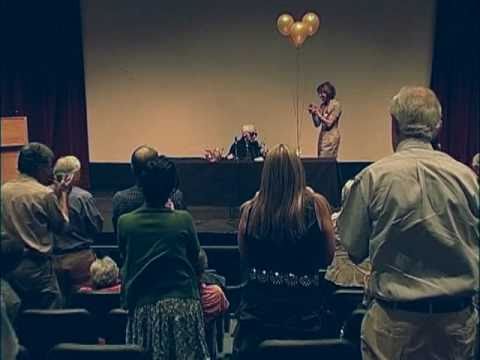